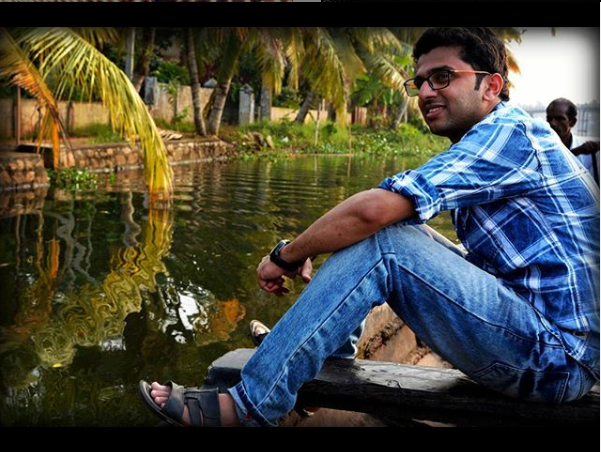 If you missed the first part of this story, then Please Click here: Mohabbatein

She was a ‘special’ friend for me and I think I was special too but we became just friends for rest of the world.

In pantry, my colleagues used to join me for coffee. But in order not to give undue attention to others who would also be present in pantry, we used to go for coffee in nearby CCD outside office premises. And as always coffee break this time with my special friend, was never less than a hour and we drank coffee 4 times a day (2 coffee breaks  pre lunch and other 2 post lunch. Around 4 hrs. out of 9 hrs. customary office timings 😛 ). So as you guessed, my manager was pareshan as I could not be seen in my desk whenever he used to look out for me. And I was very innovative in giving out reasons which seemed genuine to any person’s imagination 😉 My colleagues doubted something serious is brewing between us(Actually coffee was brewing between us 😉 and you know a lot can happen over a coffee(pun intended)) We didn’t think what others were thinking about us and were busy in our ‘own’ world loving each other’s company.Now that we spent most of our time in office hours with each other we felt that we missed each other during weekends. So we enjoyed going out for shopping,films,any interesting weekend getaways and last but not the least-shopping (everything starts and ends with shopping 😛 I know only guys will love this pun).

There was a vacancy for a software developer in my current project. And my friend was getting released from her project. I sensed an opportunity here and since her qualifications and experience fitted our project requirements perfectly, I recommended her name to my manager. There was vacancy for only one place (coincidentally beside my desk) and I wanted her to take ‘that’ place. But totally 5 profiles were recommended for this lone vacancy. So I had to do something to get my friend to fill that place. But I decided to not influence my manager in any way to get her the project. So I trained her for around 10 days so that she could give a strong statement during the interview. And she succeeded with flying colors bagging the project and ‘that’ place.

And then we were together throughout during our office hours as we were in the same project 😉 No one could question us not even the manager as we worked together and never missed any deadlines not compromising on our chat quotient. Our chat messenger was as filled as it used to be as directly chatting continuously in a cubicle with full view of everyone was not an option. Chat window was full of mutual interests, some gossip, upcoming weekend plans, weird topics like dress sense of people around and all such bakwaas. It also contained some of work related discussions, doubts, queries, solutions et cetera et cetera. In short, work became fun and I loved coming to office for a change.

Meanwhile her parents were looking for a suitable groom which I was unaware initially, but came to know when she told she had to leave next weekend to her hometown to meet her fiancé.Something was wrong, it didn’t seemed right. Even my friend was reluctant to see her fiancé even though he looked like a Bollywood hero on photo. He was well settled, came from a highly respected family and had excellent qualifications. As she received strict orders from her parents this time,she could not postpone this meet as she has always been doing in the past to delay her marriage. She was reluctant and we discussed this extensively at length just a day before her travel to hometown. After the discussion I concluded that she was unhappy with this alliance and I was more than unhappy to see her get married to someone else. But even though we didn’t show this emotion to each other, we knew we loved each other. When I knew this is the right time, I proposed her. She was surprised and happy like never before. She happily accepted my offer. But it was bit late as she had flight to her hometown the next morning. She thought of cancelling the flight but I suggested her to take the flight and talk to her parents about me before she could meet her to be fiancé. All this while I was saying to myself- Aal Izz Well, Aal Izz well and even told her to follow this trick to feel good in adversity. She managed to convince her parents and upon enquiring extensively about my details, they agreed that she might have chosen a good guy who understood her very well and would look after their daughter like no one else would do. So they decided to break this alliance by cancelling their visit to groom’s place by somehow convincing his parents.

So now that she was happy and her parents were happy to make me their son-in-law, I had to break this news to my parents and they readily accepted when I told all I had to say about my love. So everything worked like a charm without any eventualities and we decided to marry.

All Izz Well that ends Well 🙂