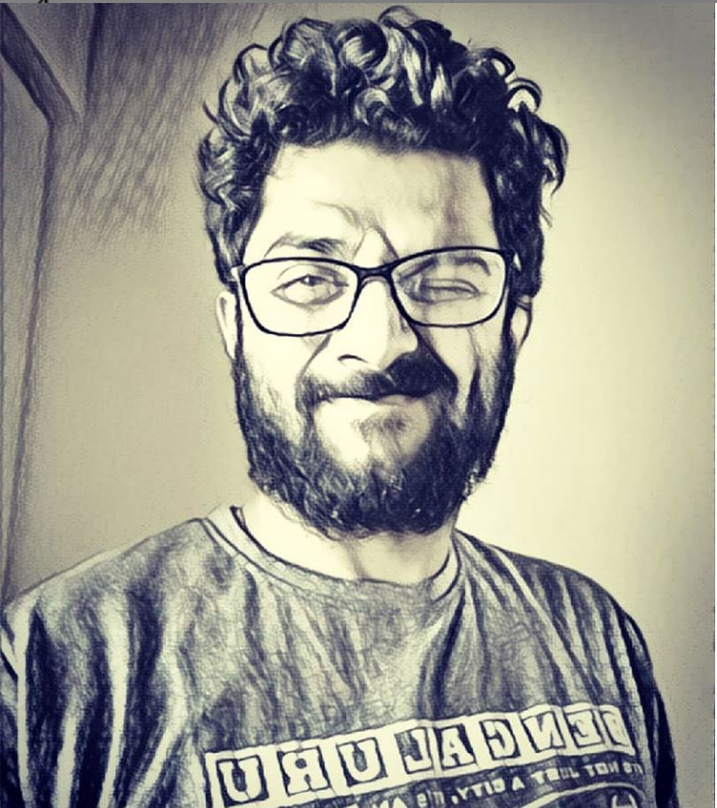 Playing It My Way..

Summer holidays was always fun. And cricket got more attention as we indulged in it religiously, a daily affair you see. I would always be lingering around at my maternal home during summer holidays more often than not. We played other sports too and indulged in different pastimes and leisure activities but cricket had our mind share. That’s when cricket viewership on TV had picked up and 1996 World Cup was a great booster as India was one of the host country. Everyone remembers 96 world cup Semifinal between India & SriLanka which was seen live by record crowd of 1,10,000 in Eden Gardens, Calcutta. India slumped while chasing and match had to be awarded to Srilanka as disappointed crowd could not be controlled. There was great hope and everyone was rallying around India to win it handsomely. Tendulkar grew into prominence during these times and had achieved demigod status. Tendulkar and other players like Warne, Kumble, Murali, Dravid, Ganguly made an impression. Can’t imagine how many times I have imitated their batting stance or peculiar bowling action while walking past and running around streets.

Playing cricket at a unique pitch like ours was pure fun to say the least. Did I say it was not a cricket pitch but a pathway?? Yes, you heard it right. No one would ever imagine to play cricket here. It was a pathway from our house backyard to a enclosed farm of coconut,mango and jack fruit trees. It was around 20 yard patch of vacant ground with width same as that of a actual cricket pitch,surrounded by godown on one side with trees and compound on either side. On left hand side there was a big drain bounded by the compound colloquially called as Maayi ghar (as a elderly woman lived in a house beside that compound)  and on the right hand side there was another house with a compound inhabited by a affluent family (saiba’s ghar). So hitting over each of these compounds was OUT. There was NO running between the wickets either, Scoring was ONLY done through a straight ground shot for a boundary or a aerial straight shot past the boundary for a six and bonus runs through wide by the bowler. A batsman could be out just by playing wayward on both sides, or by a direct catch to the bowler/fielder, get out bowled,stumped or caught behind the wicket.The wickets were huge formed by very thick paper roll picked up from the godown. No rolling of arms while bowling, just throw bowling inline with the boundary with fielders on either side.Extra fielders were posted outside the boundary so as to keep a watch on the ball as balls flew more often than not for sixes. Also one had to guard the ball from the surrounding drain and a well. Many a times, we had to do all sort of adventures to fetch the ball from the well. And if the ball was not viewed properly when being hit, it was very difficult to spot it and find it as it would go past the thick foliage of 🌲🌳🌴 all around. So one had to be vigilant, many a times whole team would indulge in hunting the ball and sometimes if we were lucky enough, we could get more than one balls(the other being a long lost ball. Hehe).To cool off after playing long time in scorching heat, we would fill a cement tank with cool water from the well and feel lazy and chill like a hippopotamus.

This was our team- Jai and Veeru(brothers 😎), Murali , Dada (the eldest), Raghu, Mandy (lone female cricketer), Shantu -The 🤐, Tendlya (youngest so would bat for both the teams, hence called as limboo timboo) and myself Harshu. Most of the times, both brothers Jai and Veeru would end up in opposite teams leading to aggressive cricket from both the parties to topple one over the other. Murali was our off spinner and right hand bat. Raghu was very competitive and apart from cricket, he used to coin funny terms/expressions, so he was our situational comedy artist. Every one feared Mandy when she was bowling, as she used to bowl very fast. Just like aiming at the ripe mango with a sharp stone- one sees only the mango and nothing else, she would eye the stumps. The trick was to cover the stumps and allow the ball to come to the bat nicely. I was the mystery spinner where I used to mix up with off spin or leg spin, spin towards the body (esp. For Raghu) etc. Once Shantu asked me to help him bowl leg spin. He learnt the trick to hold the ball correctly but on release, it used to come with some latency providing the batsman ample time to hit a six, straight down the ground. And I knew exactly which way the bowl would spin. But it was fun, real fun. No amount of tiredness would prevent us from playing until the daily quota was done. Once in 1999, when World Cup was On, there was a tragic news of Tendulkar father’s demise due to which he flew to India midway from World Cup proceedings in England. On that day, being very sad, we had to abandon day’s play.

These days, we rarely get to play cricket or any other engaging sport under the sun 🌞 in that scorching heat. We have found new avenues to entertain ourself and we hardly sweat it out in the field. We stay indoors and exercise and play different versions of a sport.

Where are we going? Where is the current generation moving to? Is it something for better? Tough questions to ask…