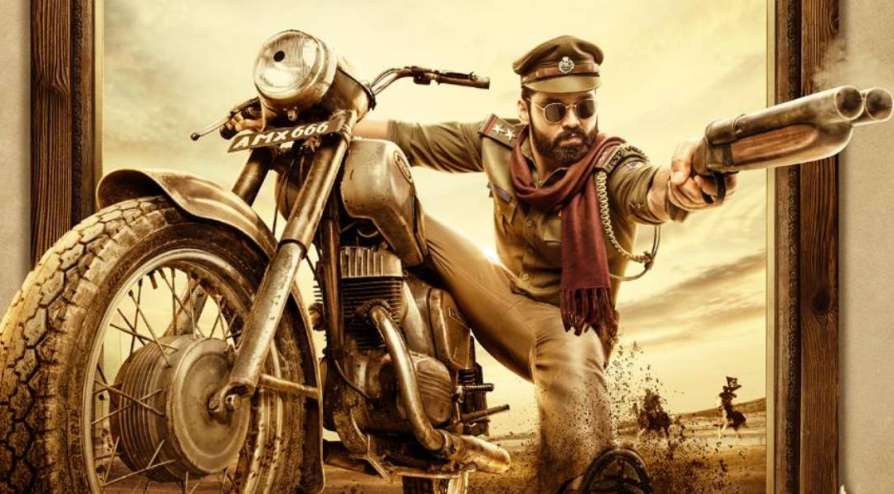 Given a impressive movie trailer which caught your rapt attention, we would throng to the theaters, to witness the movie extravaganza and power of cinema by making a journey with the protagonist. Friday night, Movies & Popcorn would a great combo. Isn’t it? Witnessing the most anticipated movie of the year with your favorite stars in it along with passionate fans on a first day first show is such a luxury isn’t it?

But times have changed now. In these unusual times of lock down & watching on demand content on OTT platforms have become more than a norm.

By the way, are you wondering what is the blog post title all about? especially Non Kannada audiences. If you don’t know, no worries, this is the title of a Kannada blockbuster movie released half a year ago. And this is meant for Non Kannada audiences as much as for Kannadigas. 🙂 So feel free to explore and read on…

South Indian movies have a following of its own. Many people associate South Indian movies to intelligent, one of a kind premise as in Malayalam movies, blockbusters from Tamil cinema or those masala romantic Telugu movies with dance numbers. I don’t want to venture into stereotypes here, but each of those movies have their unique flavor and hence a following of its own. I personally like some of the movies off-late especially concept movies. Here at this juncture, I want to emphasize the way Kannada movies, the Sandalwood industry have reinvented and grown leaps and bounds over the years.

Over the years, after dominated by Kannada cinema’s stalwarts and triumvirate- Dr. Rajkumar, Vishnuvardhan & Ambareesh, Nag brothers- Shankar Nag & Anant Nag, Ravichandran, Ramesh Arvind and other prominent stars, we have new breed of actors & filmmakers who are raising the bar with their exceptional movies. Though I personally don’t like mass movies as such, would like to list some of the movies I have loved over the years watching, re watching, relishing and reliving.

Lucia(available on JioCinema & MXPlayer) directed & written by brilliant Pawan Kumar is a film about a man suffering with insomnia is tricked into buying a drug and deal with its after effects.Concept and execution of the movie is top notch. And best part, this movie was entirely crowd funded which in itself is a trendsetter for new and young filmmakers to adopt in their films across languages. IMDB Rating 8.3

Ulidavaru Kandante(available on MXPlayer) directed by debutant Rakshith Shetty is about a incident as seen in different perspectives when a journalist tries to uncover the mystery to unravel how their diverse lives are interwined. Dont miss the Tiger dance(a traditional performing art) which is integral part of the narrative.Exceptional movie!! IMDB Rating 8.4

Thithi(available on Netflix) is an unusual story set in remote village in Mandya with events leading to a funeral ceremony of a 100 year old man known as Century Gowda 😉 Best part, none of the cast has acted in a film before, it’s like unraveling of a story told by taking a snapshot of India’s village life-Amazing. IMDB Rating 8.2

Rangi Taranga(available on MXPlayer), a thriller by brilliant Anup Bhandari(director) and Nirup Bhandari(actor) is an outright winner about a series of mysterious events when a novelist and his wife moves back to their ancestral village. Solve the riddle as the story unfolds 🙂 IMDB Rating 8.3

Godhi Banna Sadarana Maikattu(available on Hotstar), a movie by Mr.Hemanth Rao on his directorial debut is about the protagonist Venkob Rao (suffering from Alzheimer’s) played by evergreen Anant Nag, when he goes missing and all hell breaks loose. a heart touching story. IMDB Rating 8.8

Sarkari Hiriya Pratamika Shaale(available on Sun 🌞 TV App), a national award winner is a dream project of Mr. Rishab Shetty who is successful in bringing the innocence of kids(who are the main protagonists and center of all attraction :)) on their struggles to save a Kannada Government school from closure. IMDB Rating 8.6

Kirik Party(available on VOOT app) is about a gang of mischievous students and their daily affairs in an engineering college. If you’re an engineer, I bet you will reminiscence about your own experiences 🙂 IMDB Rating 8.4

Ondu Motteya Kathe(available on YouTube) is about a bald man, his daily struggles who faces stereotyping by the society. Raj Shetty, who plays a Mangalorean introvert is brilliant in portraying this central character. IMDB Rating 8.0

UTurn(available on Netflix) is about a reporter who must hunt for the truth behind a strange murder(at a popular flyover in Bengaluru where traffic rules are usually not followed) and in turn becomes the investigation’s prime suspect. IMDB Rating 7.5

Bell Bottom(available on VOOT) is about a police constable Divakar who gets a chance to fulfill his childhood dream of becoming a detective when a mysterious robbery takes place at the local police station. I love detective stories and this was fresh and made an impression 🙂 IMDB Rating 8.5

Kavaludaari(available on Prime) is about 2 Bengaluru cops who investigate an old case. Their search leads to crossroads and would test their resolve and morals. Whodunit!! IMDB Rating 8.0

Avane Srimannarayana(available on Prime) starring Rakshit Shetty is one of a kind, cult classic dubbed as a Southern Odd fiction. It doesn’t fit into a single genre and is a rare treasure which is part comedy,fantasy,drama,classic western with subtle local touch of Indian mythology elements.A well crafted movie with top notch writing, cinematography, direction, background music and off course acting by all ensemble cast lead by brilliant Rakshit Shetty who doesn’t misses a beat. Easily, a well crafted movie(with technical brilliance in each frame) in recent times. IMDB Rating 7.9

P.S: Apart from these movies, there are several more winners. I have listed few ones which I have watched. In these times of lock down and several OTT platforms, it would be nice idea to check these out if haven’t watched yet 🙂 Being a Anant Nag fan, have been watching films like Gouri Ganesha, Ganeshana Maduve et al 🙂

P.P.S: Check out Original Sound Track 🔊 of ASN movie. One of the best ever 🙂 My companion during morning walk these days. Encore 🙂

Signing off, Until next time- Relive, Relish & Have Fun 🙂